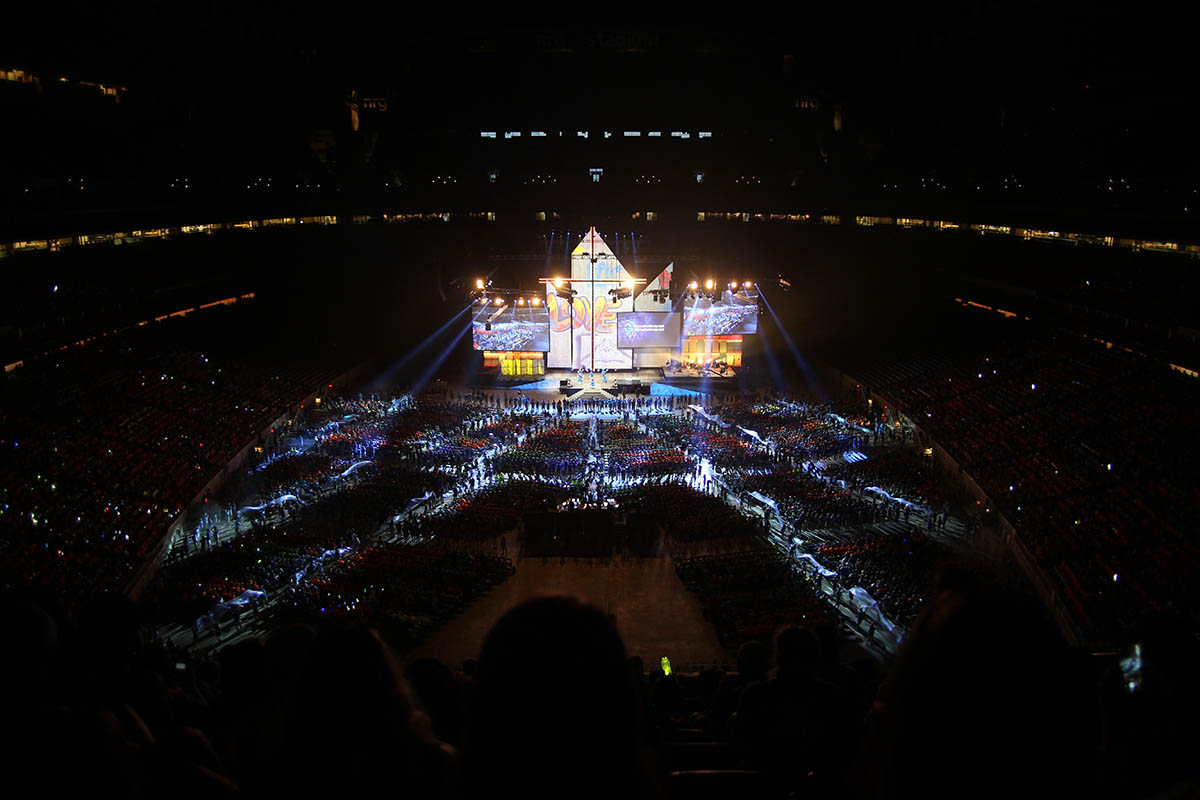 Last time I wrote a blog entry for a youth gathering trip, Sarah posted the not-quite-finished version a day late. I’m not sure what’ll happen this time, but I have been told to not stay up too late working on it 😉

We needed to be in the meeting room promptly at 9:00, with breakfast available at Sarah’s room, to take back to our rooms to eat.

Once all were at the hotel ballroom, we got to know random other people: first in 2s, then 4, 8-ish, 16-ish, then the whole group.

Rothko Chapel: a chapel without a religion. A community gathering place inclusive of any faith. A broken column art piece standing in a reflecting pool is a memorial to Martin Luther King Jr. opposite the building. Half of us go in at a time. We respect the chapel’s rule of silence as we walk into a very plain and empty space. 3 layers of benches surround a mat and a cushion. 3 other mats and cushions are along the wall opposite the entryway. One small window in the center of the ceiling provides the chapel with a varying amount of light, as someone was actually pulling a slider up and down on artificial lights. There are black paintings on the wall that are like clouds: different people see different shapes in them.

Food carts for lunch: Burgers, catfish, barbeque, and more. Long lines, but deliciousness made it worth it.

We walk up the stairs of a giant building full of large ballrooms/conference rooms to the feature presentation of the day: the synod of South-Central Wisconsin. We have a worship service: we sing songs, share in holy communion, remember our baptism, play a silly rock-paper-scissors evolving game, write our names on a rock which is given to another person, and everyone is asked to pray for the person whose name is on their rock. Our synod’s bishop gave a sermon on today’s gospel: the story of Jesus reaching out to the Samaritan woman at the well. She preached about Jesus breaking barriers to the “others,” and how we are really all one big family in Christ.

We walk out of the big ballroom to gather ourselves and prepare for going to the museum when Zach comes walking down the hallway saying “I think I found someone who knows us.” Pastor Tim is greeted with people sprinting towards him. Zach was looking for kids (/sheep) who may have been left behind, and he “found the largest one.” Josh also drops by after a few minutes. Their congregation in Tucson will have their Synod day tomorrow.

We split up into three groups to go to three museums: The Museum of Natural Science, Fine Arts, and Health (forgive me if the names are a little off).

I went to the Museum of Natural Science. My group first visited an energy exhibit mostly about oil drilling, but also renewable energy resources. Then we walked through a gallery of an amazing number of artifacts from ancient egypt, including (at least?) two mummies and the Rosetta Stone. An hour wasn’t long enough. I only heard about an exhibit of rare gemstones and the silly names people were giving them 😉

A local Taco Bodega’s was where two of the three museum groups ate dinner. Wonderfully delicious Tex Mex food, with the World Cup on TV (Belgium vs. England). Ian had one of the best enchiladas of his life. 2/3 of our group combined with another ELCA youth group and the normal dinnertime traffic made it a very busy place with a long line. I’m very grateful for the people who worked their butts off to quickly feed all of us.

Mass Gathering time! The geniuses behind the sound system have managed to greatly clarify the acoustics for us so that we can much more easily hear the speakers! (Perfecting acoustics is a nearly impossible mathematics/engineering challenge.)

Here’s an example of the mood: I see a group of people in a line, hands over each other’s shoulders and kicking their knees up in unison to the slowly-moving song “Here I am to worship”.

A DJ is weaving many songs for us, one of which is Journey’s “Don’t Stop Believing”. Nearly everyone in the stadium seems to know the song and sings along.

Big Speaker #1: A 19-year-old, who, 10 years ago to the day, had a feeding tube stuck into her because only that could save her life from her anorexia. It was only with God’s love that she started to fight back to where she is now; never completely cured, but healthy, physically and mentally.

We get introduced to MYLE (Multicultural Youth Leadership [something]) by a speaker (shorter speech than the others) and a short video.

Big Speaker #2: a Pastor, a wrestling coach, and a navy chaplain. He talked about the people who come to him for help: to help deal with a friend’s suicide, or PTSD from friends getting killed in combat, or other demons. It’s only through god’s love that he is able to help them.

There was a really cool interpretive dance/performance that was water-themed. It started with one dancer on the stage, and the house band playing. It grew to a massive amount of performers in the aisles and many on stage, waving “water” (fabric) or shining mirrors or just dancing. It ended again with a single dancer in the middle of the stage. I’d know the song if I heard it again, part of the lyrics were “through it all …”

Big Speaker #3: This guy brought down the house. You should totally find his speech, I’m sure it’s somewhere on the internet.

His name is Marlon (sp?). He told us that everyone was born with the purpose of creating their mark on the world. He also told us that we asked very good questions 😉

Pheonix: God will blow away your crushed expectations, just like the Pheonix rises from the ashes. He has always wanted to be a father, and tried with his wife for a very long time until a baby girl finally came along. Guess what he named her. At this point, he turned around and told Pheonix to come out here. A little girl maybe 2 or 3 years old walked out onto the stage, with everyone cheering.

iPhone: Marlon was super excited about his iPhone when he first got it: think of it like a blessing from god. After paying for it and getting into his car, he realizes this blessing is gone. There were only three people at the store at this early hour: himself, the clerk, and this guy named Joe. As he goes to the counter where he left his iPhone, it’s gone, and the Clerk doesn’t know where it went either. Marlon knows Joe has his iPhone. He goes up to the car and taps on the window, asking if that’s his iPhone sitting in the passenger seat of Joe’s car. Joe then gives Marlon a wonderful blessing: an iPhone.

Drums: before the physical manifestation of yourself, there was god using the language of the drums who knew you.

Two drum players come out on the stage, with marching band drums strapped to themselves. They each play a complex and cool-sounding rhythm, first separately then together. Then they walk back behind a wall.

The wall is drawn back, revealing multiple lines of drum players. They play, sounding super awesome! It was a great end to the moving night.

Except that suddenly the rest of the stage and the aisles light up, revealing an entire marching band of brass and flag dancers. Surprise! What a treat!

I’m almost done. Thanks for hanging in with me.

On the bus home, Sarah gives us love with may words, not all of which stayed in my head.

She says something like this , ” Today you heard that to be known is to be loved and loved is to be known. A benefit to my being older, versus when I took these trips when Ian and Zach were in high school is that now I know what a mask looks like. For example a mask of happiness when inside you’re feeling miserable, or of bravery, of bravado. I see those masks more easily now and you guys there are times when I really want to rip that mask off of you. Why are your afraid of being known? Are you afraid that if you take off your mask and are known that you will not be met with love?  I can tell you right now that you are wrong. With me – you’re wrong. In this place you’re wrong. So try it in these next few days.”

Goodnight from Houston. We’re all tired and exhausted and pumped for tomorrow! 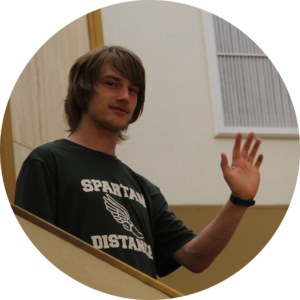