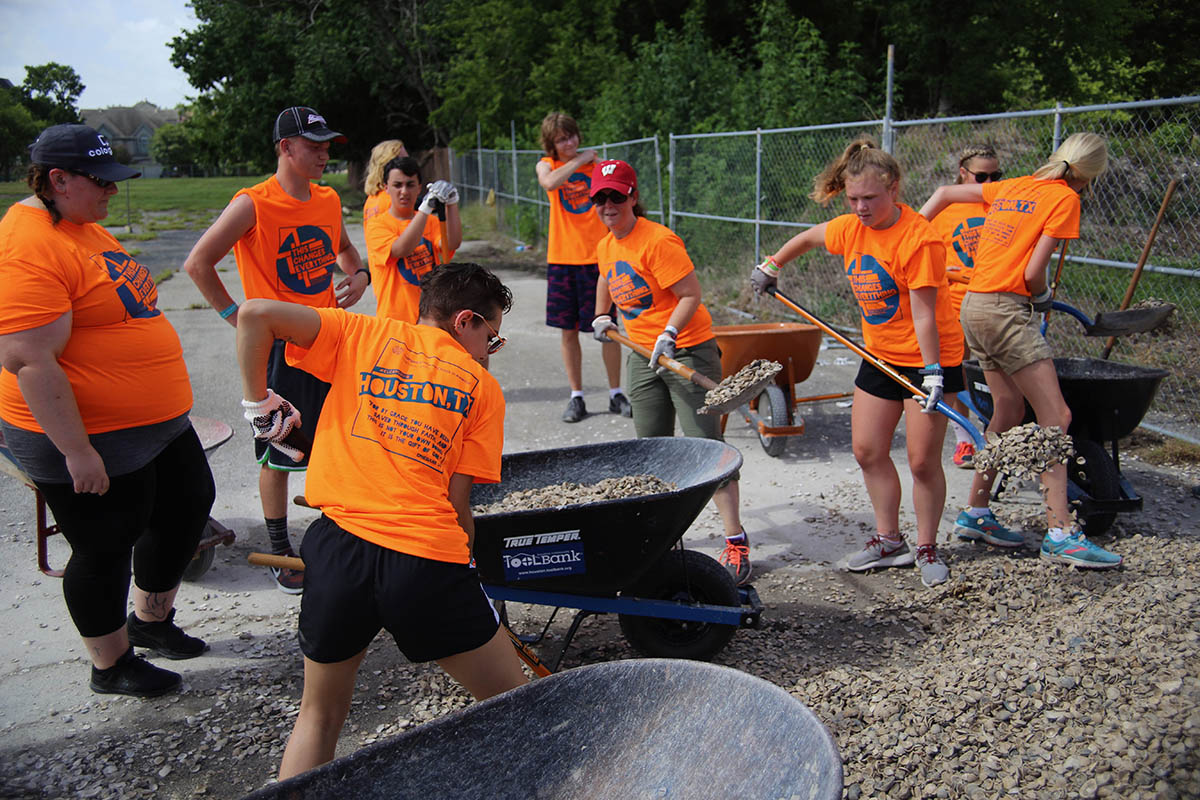 Today was a very powerful day both physically and mentally for all of us.  We experienced thoughts and events that we have never experienced before.  Today was a good day to reflect about ourselves and learn the role of God’s grace in our lives.

This morning we had many great examples of our “light touch” motto for this trip.  Light touch is the phrase our group has been going by to have a positive mindset when events didn’t go exactly the way we planned it.  We all met in the ballroom at 6:45 just under the lobby where all of the service leaders were waiting with numbered posters representing what bus each group would be traveling on.  Once we all gathered in front of Alena, our service leader, she gave us a very special gift that would help us the rest of the day.  She gifted us by letting us change into shorts rather than having long pants on which was the original plan.  🙂  We were all very thankful because the forecast had predicted a high of 97 degrees for the day.  All of us then went back to our rooms to change and this is where we saw the light touch.

We then gathered on the bus to head off to our service site.  Our bus drivers name was Krystal who is originally from New Orleans, and we got to hear her story about how she had moved to Houston after hurricane Katrina hit her town. She also suffered through hurricane Harvey after attempting to move back to New Orleans but feeling like it wasn’t the same as when she originally lived there.  We drove around the area once we got to our site to try and find a parking space for our bus.  This is another time where we experienced our light touch. We first tried pulling into the driveway of the cemetery (our service site) but it would’ve been too narrow for the bus to fit it.  Krystal pulled into the small parking lot across the street and basically we experienced an 18 point y turn done beautifully.  🙂  It wasn’t that many points but it definitely felt like it because the lot was so small.

Our project at the cemetery consisted of cleaning up plants and surfacing the pathway with seashells.  We joined with two other churches at the site, one from Ohio and another from North Carolina.   We met a man named Randy who looks over the cemetery as well as pastor Robinson.  Both of them led us for a tour around the cemetery and explained the history of some people who were buried there.

By about 9:30 people started pulling weeds, mowing the lawn (both driving and pushing), shoveling shells into wheelbarrows and pushing them to students that raked and spread out the shells.  We were all very sweaty and hot but the smiles on our faces showed how happy we were to serve.  The motivation to get the pile of shells down helped shoveling go faster and helped us eat lunch earlier.  🙂  After about an hour and a half of working the three churches gathered together around pastor Robinson to hear his story.  His story was very interesting and cool to listen to.  He told us about how he got separated from his mom as a child because he went to go live with his grandma.  His grandma was very religious so he was raised in a very strict and religious home whereas his sister was with his mom who was an alcoholic.  He told us his experience with raising his siblings after both of his parents died and the trouble he had in college.  The way he told the story was how everyone listened so clearly.  He told it with passion, feelings and a message he really wanted to share with us.  Afterwards, we all ate lunch which was catering by Jason’s Deli.  Lunch consisted of a turkey sandwich, chips, apple, pickle and a free cookie coupon. 🙂  We sat in our small groups and discussed how we were feeling as well as what we had learned from our service.

We all then headed to the nrg center which was an area with games, a dj, bouncy houses, crafts, prayer sessions, carpool karaoke (driven in a golf cart), places to write how you were feeling and so much more.  We spent about an hour there until we headed back to the hotel for some time to ourselves and shower from the service site for about two hours.  Paul our bus driver then took us to Molina’s a TexMex (Texan Mexican food) restaurant where we had chips, salsa and enchiladas for dinner.  We sat in our own groups where we could share stories and thoughts from the day.

The mass gathering is where I believe the emotions were really shown tonight.  We had many wonderful speakers that spoke about their life experiences and how God’s grace has been shown in their lives.  Tauren Wells also played for us.  He is on Life 102.5 and his hit song is “When We Pray.”  One speaker in particular was touching to our group in a way I have never personally seen before.  His name was Will Starkweather and his story was about how he tried to harm himself when he was younger.   God then shows up when he’s a sophomore in college and helps him rethink his life choices.  Another women who was a mom spoke and she had spoken at the New Orleans gathering and tonight she spoke about how being different is ok.  She was bullied as a kid and she told us her story about how she sought help and how God finally came into her life after a very long time.

Overall, today was a very special and memorable day for everyone both emotionally and connectively.  Devotions was a special time to speak to a smaller group of people and share the emotions we were feeling from the speeches.  We listen to each other, we help each other, we connect with each other.  Thank you for taking the time to read this and hopefully you can find God’s grace today in someone or something. 🙂 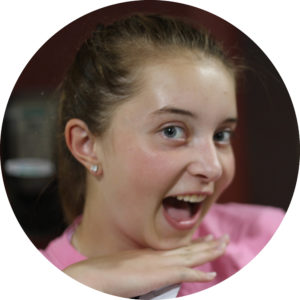