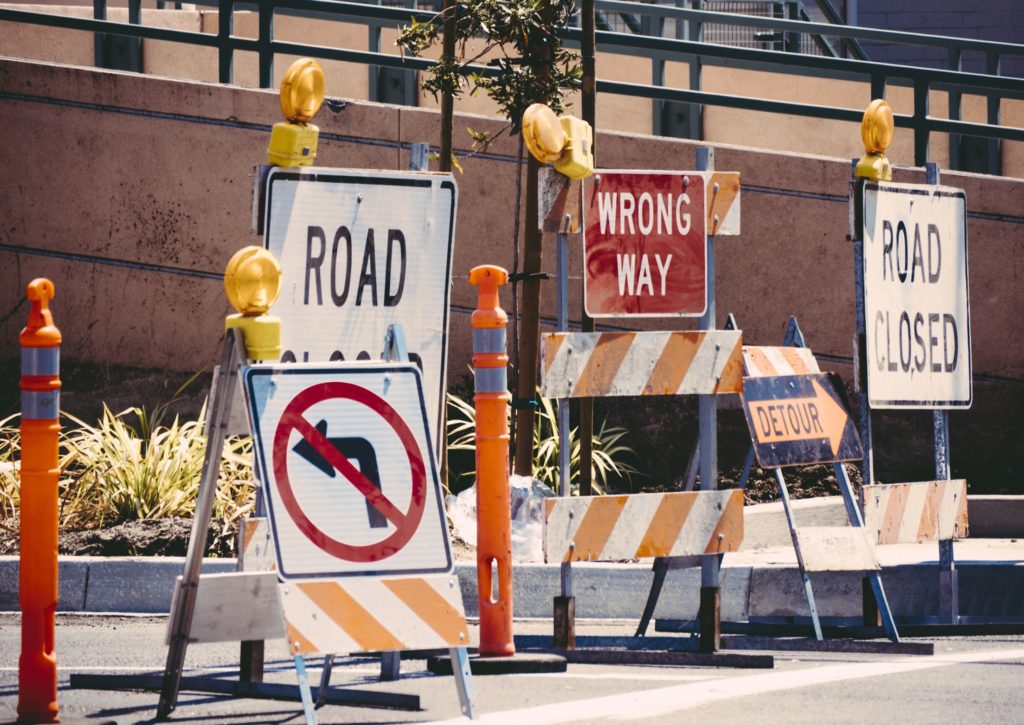 There is a story in the Old Testament of a worn down, lonely, disheartened prophet wandering up the side of a mountain for 40 days. After encountering God on top of the mountain and voicing his fear, God directs him in what to do but starts with “go back down the way you came.”
There are plenty of times and places that I associate with struggle or pain, loneliness or fear, brokenness or weariness. And I think about how frustrating or unpleasant it probably was for Elijah to have to re-walk that journey down the mountain, remembering the struggle on the way up and all the emotions he experienced as he journeyed up. I don’t even think I’d like to re-walk the halls of my middle school and that was nothing compared to what Elijah was experiencing!

“Go back down the way that took you 40 days to get up here. Not on the nicely manicured path that goes straight to what’s next but through the bushes and thick from which you just came here. Not the way that’s going to get you to your next task fastest but the one that’s purposeful in a different way.” The thing is, I think there is power in taking the hard way home and seeing things in a new light.

I think of the most upsetting points in my life and I think about the temptation to completely avoid the people and places that were involved. In fact, I was the victim of a strange crime back in March and in working through it I was encouraged by many caring people to change my habits and perspective – don’t go to that place where the incident happened again, don’t go anywhere alone, have the perpetrator “get what they deserve.” But I consistently felt that instead of blacking out places on my map that had been tainted by the experience, God would redeem them and let me see those places in a new light. I think God even allowed me to go back down that mountain with the person who caused this trauma and forgive them.

I don’t know what Brandi Carlile intended with this song, but it has been one of a few that reminds me of the truth that God redeems all people and places – regardless of the roughness; regardless of the “regrettables” or wrong turns (whether deliberate or mistaken) and regardless of the pain that has happened somewhere, there can be beauty and growth that emerges in and from it and sometimes we have to revisit it, slow down to reflect on the journey, or think back through those steps to see how God had a hand in it.
There will always be struggles in our journey here on earth, whether it be from our own actions, the actions of others, or just the world’s condition. But I think sometimes we get a Spirit-nudge to revisit those places or to do the hard work of going back and reflecting through the hard experiences to see them with a new set of eyes. Re-framing and reflecting is not efficient, it’s not easy, it’s not without some memories of pain, but sometimes I think we’re called to take the hard way home and that’s what this song has encouraged for me.

This post is part of our Lenten devotional series “Songs of the Soul” – learn more at gslcwi.com/lent

View all posts by Becca Feldhacker →