A Story from Kay Simmons 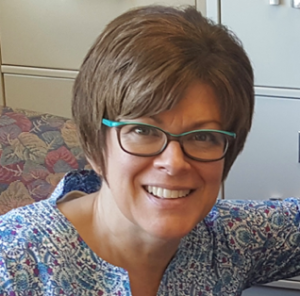 As I began thinking about my generosity story, I did what I often do – I looked up the definition of the word. It wasn’t that I didn’t know the dictionary definition of generosity, but I wanted to see the various ways the word was defined and used. The following couple of sentences stood out to me as the way in which I define generosity.

Generosity is the habit of giving without expecting anything in return. It can involve offering time, assets or talents to aid someone in need. Generosity is not solely based on one’s economic status, but instead, includes the individual’s pure intentions of looking out for society’s common good and giving from the heart.

Reflecting on these sentences made me realize that my understanding of generosity was shaped from my childhood as well as experiences in various phases of my adulthood. As a child we attended the church my father’s parents had always attended; the church in which my father was baptized and my parents were married. I remember from a young age seeing that my grandparents and parents never failed to put their offering into the plate on Sunday morning. I remember watching my dad write a check or pull cash from his wallet on Saturday night for their church envelope in preparation for Sunday morning church. I knew even as a young child that as a member of a church you gave money to help keep the church going. Neither my parents nor my grandparents were wealthy, especially my grandparents who were depression era people, yet they never failed to give what they could to their church. I also learned over time that not only did they give money, they gave their time as choir members, ushers, church council members, circle members, quilt makers and food providers.

Through their generosity their church was able to provide a place of worship and fellowship for its members and also provided for others in need of a warm blanket, food or a helping hand. They gave from their hearts and didn’t expect anything in return or to be rewarded aside from seeing their church move forward and help others in need.

As with most children, I didn’t really think much about the things my parents and grandparents gave to or did for their church. It wasn’t until I was an adult with a job and family that I realized the importance of their generosity to their church and to me. It taught me how to give in whatever form I was able and to do so from my heart without seeking a reward other than the warmth of knowing I was sharing the many blessings I have been given.

In addition to seeing and learning from the generosity of my parents and grandparents, I have learned a great deal about generosity from a dear friend who is one of the most generous people I know. For a time I thought she gave a lot because she had money to give. She is financially quite well off and has the means to give money to many organizations, people and places. However, after observing her for a number of years I realized that while she has money to give, she wouldn’t have to give it the way she does. She sees a need and gives money or her time because she has a generous heart and wants to share with others and make life better for those in need. She doesn’t give for honors or rewards, but because she is looking out for “society’s common good.” Her giving has helped many people in a variety of ways, but it is most remarkable for being an example of true generosity – giving without expecting anything in return and giving from the heart.

The lessons of generosity I have learned from those I’ve known and loved have been a true gift to me, a gift from the heart.

Kay has been a member since 1987 (32 years). She is married to Greg with a blended family of six – four sons and two daughters – and one grandson. She is a freelance writer/editor and volunteer.