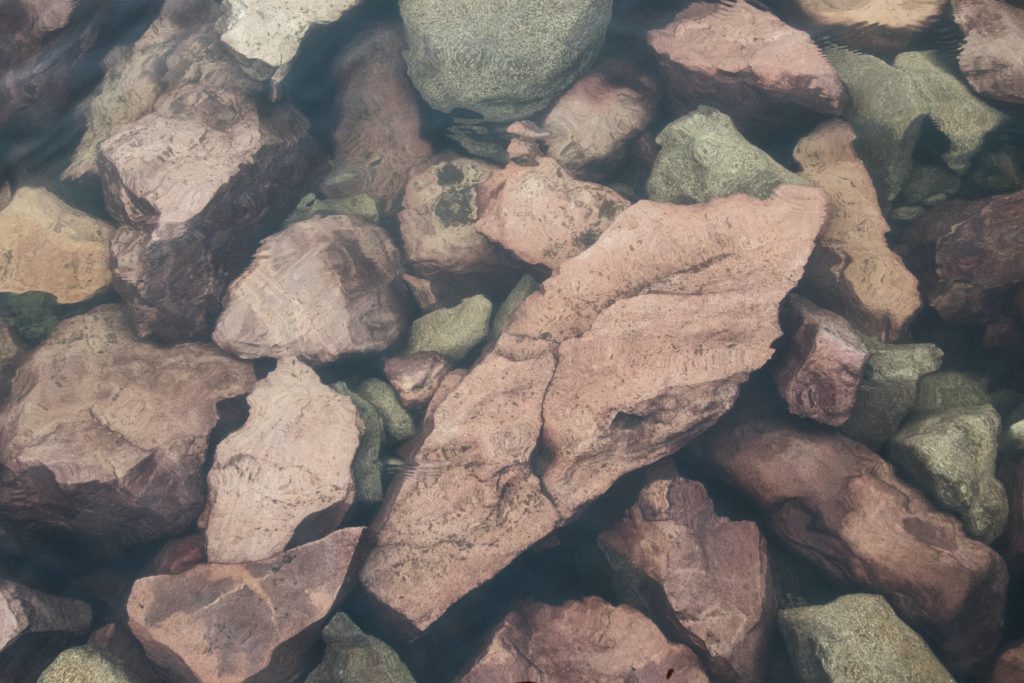 The story of Stephen’s martyrdom in the book of Acts is the story of the first Christian martyr. It must have brought the reality of this new faith, this new way into stark contrast with the hopes and dreams of Jesus’ followers. I mean, Jesus had foretold that there would be persecutions and hardships, but here was one of Jesus’ followers literally being stoned to death.

I often wish that when this story was told that the assigned text would include just what it was that Stephen was saying that got people so mad that they would chase him and kill him.

Please allow me to remind you what happened:

Stephen was called to account by the high priest and he responded by telling the people the story of all of their heroes of Abraham and Moses, Joshua and David. It was a reminder to the people that their story was one intimately involved with God and it would have pleased them to hear it told so masterfully. But at the end of the story Stephen turned the tables on the people:

“You stiff-necked people. uncircumcised in heart and ears, you always resist the Holy Spirit. As your fathers did, so do you. Which of the prophets did your fathers not persecute? And they killed those who announced beforehand the coming of the Righteous One, whom you have now betrayed and murdered, you who received the law as delivered by angels and did not keep it.”

And the people heard these things and were enraged and they ground their teeth. And Stephen, full of the Holy Spirit, looked towards heaven and saw the glory of God and Jesus standing at the right hand of God. And he told the people that and they began to stone him. And Stephen prayed, “Lord Jesus, receive my spirit.” And, falling to his knees he cried out with a loud voice, “Lord, do not hold their sins against them.” And he fell asleep.

What can we, as Christians today, learn from this story? The first is this: Stephen did not get in trouble for telling the people anything new.

These were fine upstanding religious folks. We can ascertain that by the presence of Saul who had not yet become Paul and is shown as still being a persecutor of the church and of the Christian movement. Stephen’s message was nothing new. I think it is always good to remind ourselves that when we die or “go to sleep,” as Luke writes in Acts, we too will be judged. We will be judged by the merciful judge, but judged, we will be.

The facts are clear brothers and sisters, none of us will be surprised by the accounting of our sins. There will be nothing for which we will possibly be able to say to God, “Wait, I didn’t know that! No one told me to have an open heart towards the poor, to clothe the naked, to lift up the downtrodden, to treat the least and the lost and the lowly as the most treasured guest at the banquet. I never knew that I should look at the world in the generous manner of Christ. I thought I was good, I never lifted a finger against anyone.”

Silence is a Message of Acceptance

But Luke grabs us there too, doesn’t he? In placing Saul in this story we are confronted with irony for we know what is going to happen to him later in the story and yet here he is at the first martyrdom. Sure, he isn’t lifting a stone himself, he’s watching the people’s coats for them. As a Pharisee, he wasn’t allowed to get his hands dirty with blood but his presence and his silence still conveyed a message of acceptance for the sin that was being committed. So goes our presence in this world as well: for whether we are lifting a finger against other human beings or merely acquiescing in, our silence still counts as sin.

The word “martyr” comes from the Greek word martyria, or “witness”. Witnesses to Christ are martyrs, they are witnesses to what we believe not just about our lives but about the lives of our brothers and
sisters.

Second, Stephen’s prayer to God is not one of, “Oh, oh, please get me out of this situation!” It is a prayer of trust. Into your hands, I commend my spirit. Lord, I trust you. The first step into discipleship, into truly following God in the good and the bad is to place our trust in him even when the stones are lifted over our head. No one said faith was easy.

And the final part of Stephen’s prayer is one of forgiveness of others. There is no way we can embark on the path of trusting God and living into the life of a witness to what God has done for us if we do so carrying any resentments with us whatsoever. A life of forgiveness is a life that is free from the tomb of hatred and ill will and is truly able to be a witness to Christ. Christ said these words from the cross, Father forgive them. Stephen said them as he prepared to give up his life as well, can we not find the strength to pray them as well in the relative comfort of our faith and lives?

God is our rock and our fortress. As you listen to these words today and then examine the paths of your own lives ask yourselves this: am I fully trusting God, have I truly given over my resentments to God in forgiving others, and if not can I truly witness to him in faith? My prayer for you, and for me, is that might hear Stephen’s story as a witness to Jesus and then a witness to us in life and death made in trust and forgiveness and maybe, just maybe, they will lead us to connect the dots in our own lives, our own pains, and sorrows, our own stones the ones that have already nicked us or bloodied us and the ones that still hang over our heads and then we will still have a breath left to pray, “into your hands I commend my life and my spirit, Lord forgive them.

View all posts by Chris Enstad →