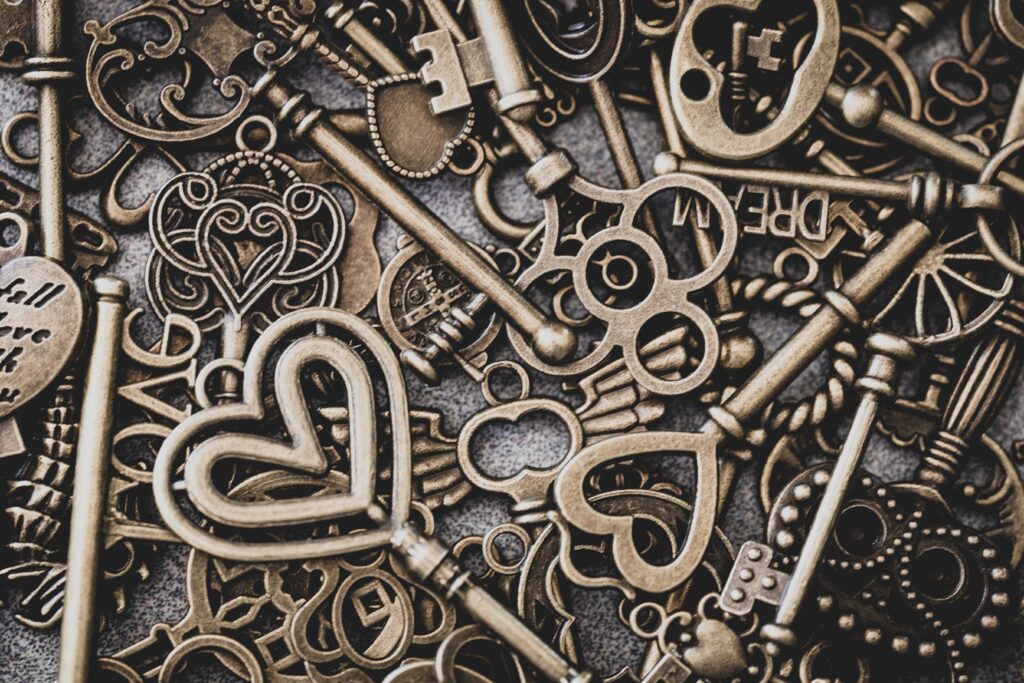 So one day Ole passed away and arrived at the pearly gates of heaven. St. Peter greeted him and said, “In order to get into heaven, you have to answer 3 questions correctly.” Ole said, “Well alright, what’s the first question?”

St. Peter asked, “For starters, how many days of the week start with ‘T’?

Ole thought for a minute and then answered, “Well that must be Today and Tomorrow.” Peter shakes his head, but finally says, “That is not the answer I was looking for but it works I guess.

Moving on, the second question is how many seconds are there in a year?”

Now Ole thought hard for 5 minutes of so and finally replies, “Well I reckon there must be 12 seconds in a year.”  Peter says, “What?  How do your reckon that?”  “Well, there is Jan. 2nd, Feb. 2nd, March 2nd…”  Peter getting frustrated now, says, “Well, that is technically correct, I’ll accept it.”  Ole asks, “Well all right-y!

What’s the last question?”  Peter asks a bit smugly, “What is God’s name?”

Ole says, “You should’ve said that one first!  That’s easy, it must be Howard!”  Peter responds, “Howard?  How did you come up with that?”  Ole explains, “Well in the prayer it starts “Howard be thy name…”

Enough of that for now. But the images of St. Peter sitting outside the pearly gates of heaven letting righteous people in and keeping the evildoers out is a common one (jokes and cartoons).  And it comes in part from the gospel for today (Matthew 16:13-20) when Jesus asks the disciples who people say that he is and Peter responds correctly—which cements his position as keeper of the keys of the church and the gates of the afterlife.

But is this really what Jesus envisioned for his followers?

Let’s consider the setting of this scene, Jesus takes his disciples to Caesarea Philippi—a pagan worship center in Northern Israel, where there was a Roman palace.

As with most stories, it is important to think about where Jesus didn’t take them. They didn’t go to his hometown, this conversation isn’t taking place in the temple, or even on the hillside where Jesus preached. Jesus took them to a pagan worship center, likely surrounded by non-believers and non-Jews. And it is here that Jesus asks his disciples, who do people say that I am?

The disciples respond faithfully. “John the Baptist or Elijah or one of the prophets.” They are all good, righteous believers who came to bring the hard, but good news of God, but Peter is the one who responds with the deeper answer.

He calls Jesus the Messiah, the anointed one. The one who comes to bring about political, religious and social change in the world.

As they stand near a palace of the current political ruler (who also claims to be divine). Here, Jesus is finally recognized for who he really is. God in the flesh—who came into this world to conquer sin and corruption. To be a totally different kind of king. And it is Peter who recognizes him. Remember up until this point Peter has been both faithful to Jesus, but also rebuked by him. He has attempted to walk on water, without full trust; he willingly followed Jesus, but also will deny him. Peter is not a perfect person. And yet, he can see who Jesus is.

More than the Keeper of the Keys

There is no way Peter imagined that he would be given the responsibility, the power to be part of the foundation of the church, a leader of the followers of Christ as they attempt to establish a community to separate themselves from the wickedness of the world. And he definitely couldn’t have pictured himself as we do, sitting outside the gates of heaven letting people in and keeping them out.

When Jesus calls Peter the Rock on which the church will be built, was he really talking about him being the gatekeeper of heaven? That a human being, especially such an imperfect one would have this kind of authority?

It is here that we have to dive a little deeper into the original wording, because the words for gates of Hades or hell, he is really referring to the gates of death. Peter is given the keys to the gates of death by Jesus himself.  When Jesus dies and is resurrected, we believe that he conquered sin and death forever. I think we do a disservice to the word if we interpret this section as St. Peter standing at the gate letting people in or sending them to hell—punishing and judging them.

Because we know the pain, the hurt, the grief that death causes in our world. And Jesus gives us freedom from that—giving us hope in the face of our darkest heartache. To focus instead on tallying up our sins or judging other people for theirs  as we determine who gets to share in God’s promise of everlasting life, seems to ignore the magnitude and power of the amazing gift of the unconditional love and grace of Jesus Christ when Jesus gives human beings the keys to death. Freedom from the pain of death itself.

We often think of ourselves as the Peter in the gospel. We want to believe, we want to trust, but sometimes we stumble.

We try to do the right thing, but we don’t always.  And in the end this is who Jesus chooses to give the power over death—to someone like us—to us.  Not because of who we are, but because of the love he has for us.

I have been thinking a lot about what keys a lot this week. What kind of keys Jesus actually gave to Peter. Not literal keys, of course, but the tools to open up hearts and free people from the dark valleys of death. All the jokes and drawings I found about St. Peter, focused on keeping people out, but don’t keys usually open things up? When someone gives you keys, it is so you can get into somewhere.

A couple years ago, some close friends of ours were staying in Madison and came to our house to visit. On their drive over to see us, one of them left their set of keys on top of the car and they flung off onto Hwy PD. After realizing it, they drove PD again until they found them—amazingly, on the side of the road. Usually they would have just gotten new keys, but they had to look for them because they were staying at an Airbnb, and without the keys they couldn’t get in.

I know this is just a lost key story, but it has me thinking about why Jesus gave Peter keys. To open up the gates of death really means unrestricted access to God’s forgiveness and Christ’s community.

There is debate among theologians as to whether it is Peter himself being praised here as the Rock on which the church is built, or if it is his confession of Jesus as the Messiah upon which we are to build the church.

Because we ultimately know that God’s church on earth has only one foundation and that is Jesus Christ.

It isn’t any individual, whether they are a good pastor, faithful member or the most dedicated saint that makes the church what it is—it is only Jesus Christ.

And furthermore, if in our church, our congregation, the rock of our lives is Jesus Christ—who can conquer sin and even death— then it is a given that the evil in this world should pay attention to us. Theologian and author Rick Morley put it this way,

You see, the keys Jesus gives us are the very ones he uses in the world to heal and love and care for those most in need.

The same keys we Christians use when we bring hope into any situation where there is despair in the name of our Lord and Savior Jesus Christ. Our Messiah hands us the keys in the form of the good news of his resurrection. Then we are sent into a mission field that looks like Caesarea Philippi or anywhere else where the good news is needed—and that is exactly where we face the question Jesus asks, who do you say that I am?

Are we ready to confess who we believe Jesus is?

It may or may not be with words, but we can certainly be ready to say with our actions of hope that we believe Jesus is our Messiah.