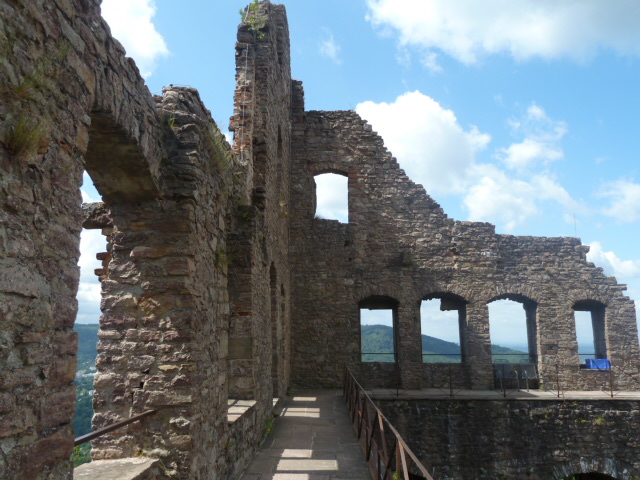 I know most of us aren’t taking any or many road trips in these “Covid” times. But one person’s writing recently reminded of some roadside billboards that were placed along freeways 20 years ago. (“‘If I Was to Speak What Might I Say’ – God”, Gerald Roberts, Sermon Central, Dec 18, 2014)

Perhaps you saw some of these billboards back then. They were part of a nationwide campaign that was called GodSpeaks.com. These signs weren’t like some of the Christian billboards one sees along the highway that spout fire and brimstone. These billboards were different. They spoke as if God was speaking, in a way that was inviting the passerby to think.

In our Bible reading (Isaiah 61:1-4) tonight, Isaiah believed he was a living, breathing billboard for God. Like the GodSpeaks billboards, Isaiah too had a message to share. Only instead of posting a written word along the roadside, Isaiah spoke God’s message aloud. And his audience wasn’t just passing by, they were in a most difficult time.

Isaiah’s audience is actually represented by many of us gathered here tonight – in the darkest time of December, in a year that has landed heavy on us all. Isaiah’s audience included the afflicted, the brokenhearted, the captives, the mourners. Isaiah spoke to those whose lives were devastated.

Whose faces do you see or whose names do you think of tonight when you hear the words — oppressed, brokenhearted, captives, those who mourn? Do you see yourself? Do you see people you love? Do you see strangers in those descriptions?

Isaiah’s words carry images from God. They are images that you can see in your mind as clearly as if you were viewing a billboard. At the end of our passage tonight, for example, the prophet speaks of ruins. Maybe you’ve viewed ruins in various places of our world. Maybe you’ve only seen ruins in pictures.

There is something remarkable about ruins – you can almost picture the glory of a castle that once was – glowing with candles and filled with finery. But, at the same time, there is something very sad about ruins. Ruins are just the remains of what once was. Something that once was beautiful, lively and complete – is now broken down, empty, and barely recognizable compared to the way it used to be.

Through Isaiah, God says he sees – His people – in ruins. God sees that they are a shell of their former selves. Having endured oppression, broken hearts, captivity and grief, even their faith has crumbled. Have you experienced what it’s like to be in ruins? I know I have at times. It is a hard and desolate space to be in.

Hope and promise will arrive.

And that hope and promise comes from God alone.

Isaiah crafts the wording of this message beautifully. For each difficulty in life, Isaiah pairs a word about God’s help that will change that circumstance. Listen again to these pairs!

Isaiah announces that because God has anointed and sent him to declare this news, these promises are truly from God. These aren’t just beautiful sounding words. These words will really come to pass. God is coming to plant new life in those who are suffering. God’s new life will be planted. God’s new life will be planted in order to grow within those who are hurting. So much so, that those who once knew pain, will now become like oaks of righteousness. Those who receive the healing care of the Lord, will become the ones who will display God’s glory.

It’s these words from Isaiah that Jesus reads in his hometown synagogue when he starts his ministry. By reading the words, “the Spirit of the Lord God is upon me, because the Lord has anointed me, he has sent me to bring good news” – Jesus declared that — as great as Isaiah was in speaking God’s word long ago — he — Jesus — will now be The One who brings these words to life. God doesn’t only speak. God acts. God acts now in Jesus who says he has come to bring hope. Jesus comes to change the condition of all people.

In Jesus Christ, God sends the greatest message of all, not in a billboard, but in person.

In Jesus, God says to those among us who mourn, “I see your tears – God”.

And for those of us who feel we are in ruins, in Jesus, God says, “I have come to make all things new, including you – God.”

Let that word hold and embrace you again this night — that you might be carried into a renewed hope.

Thanks be to God. Amen.