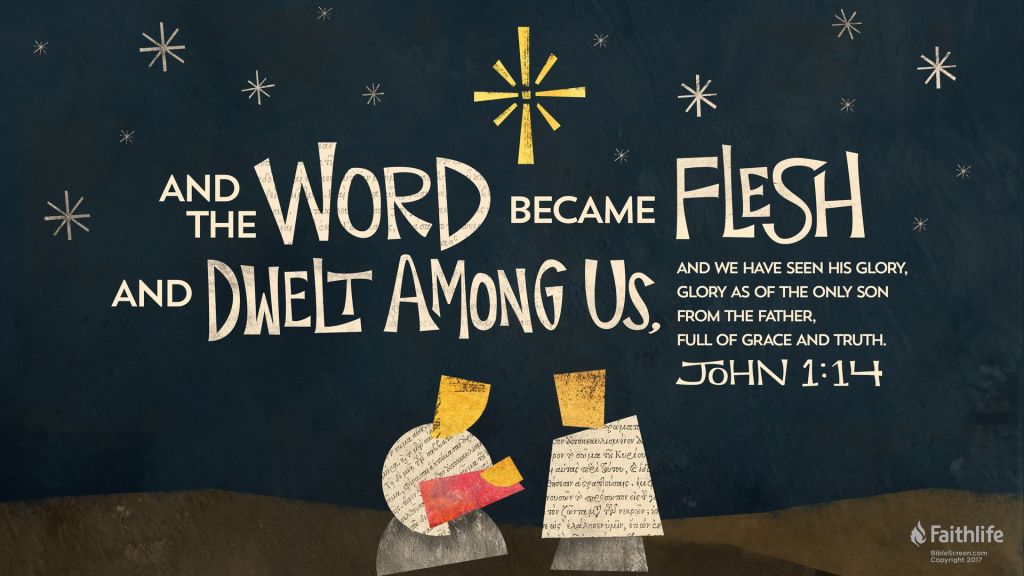 On December 21, the winter solstice, my book group took a sunset walk in the Dane County section of Pheasant Branch Conservancy.  We had a good hike in the warm winter evening.  Unfortunately, it was cloudy with drizzle, so like the rest of us in Southern WI, we had no chance of seeing the “Bethlehem Star.”

Maybe you had hoped to see it too that night—that once in every 800-year conjunction when Jupiter and Saturn were to be so close to each other, they were to have looked like one big star. Even astronomers wonder if this was the bright star that the magi (the wisemen) saw when they came looking for a king and met Jesus just after he was born.

I didn’t see the “Bethlehem Star” on the night it was to be at its best. But the next night, my husband David and I noticed the sky clearing in the late afternoon. So, after sunset we drove to the parking lot near the dog park by Badger Prairie Needs Network and Badger Prairie Care Center to get a decent view of the southwest horizon. There we could clearly see Jupiter and Saturn almost touching in the evening sky. As the song We Three Kings says “star of wonder, star of night, star with royal beauty bright.” The Christmas Star!

Now, before you think…hey, Pastor Sheryl, today’s gospel (John 1:1-18) doesn’t tell that story. Let me tell you what I’m getting at.

Seeing those planets, as nearly one bright light in the night sky, as they may have been when Jesus was born so long ago—that was a faith moment for my husband and I.  There we were, seeking, looking for “a sign in the heavens”.  As we watched the sky, we experienced a touch of wonder, considered the universe, considered Jesus’ birth, and considered our tiny place in the scope of it all.  And that’s what the gospel from John (John 1:1-18) is also getting at today.

When you hear this beginning of John’s gospel, if you know your Bible even a little bit, you should also hear the familiar echo of another Bible story of long ago. Did you hear it?

This beginning sounds an awful lot like the beginning of the beginning. You know, that beginning—from the first book of the Bible, Genesis. The words that begin that story are: “In the beginning, when God created the heavens and the earth”. Then most of us know how the rest of that story goes. God moved over the chaos and God spoke—again and again.

God’s word is never something that drones on and on with no substance. God does not talk like the adults in a Charlie Brown cartoon, saying “wawawawawa”.

God’s word turns into action. God’s word creates and brings forth substance. This happens not just in the stories of Genesis, but in all of the Old Testament. Throughout the Old Testament—God speaks and God’s word turn into reality. God speaks—promising an elderly couple a child—and Abraham and Sarah end up having as many descendants as the number as the stars in the sky. God speaks—promising his people deliverance from slavery—and Moses and the Israelites are set free. God’s word becomes whatever is promised.

That pattern carries on into the New Testament. Do you remember another Christmas time story? In another gospel, a virgin named Mary gets the message from an angel that she is to conceive and bear a son from the God’s Holy Spirit. Mary responds to the angel from God, saying, “let it be according to your WORD”. God’s word becomes an action.

Today, John’s version of the Christmas story is full of wonder, promise and action. The story’s crescendo occurs when we hear, “And the Word became flesh and lived among us, and we have seen his glory, the glory as of a father’s only son, full of grace and truth.” This is how the John begins the story of Jesus—the Christmas story. And before this story is done, we will see God with us, walking among us, teaching us, forgiving us, and raising us. God joins with us in person, and changes our reality forever!

The Ministry of Presence

Years ago, central Florida was devastated by a destructive hurricane and many churches sent aid. The Florida churches “received collections of money, food, and clothing for those who had lost so much in the storm. There was a wonderful outpouring of generosity. Something like ten thousand pounds of aid were sent to people in need.

There was one church in the Midwest that did not send money or clothes to the Floridians. A little Baptist church sent themselves. Those in the church took work off using their vacation days. They piled into a dozen pickup trucks and campers and headed to Florida to help. They set up camp on the outskirts of a desperate little town and there they cooked meals, babysat, fixed roofs, cleared debris, and became close friends with the people of the town.

Now, aid in most any form is well appreciated. But which type of aid do you think was most appreciated” by this devastated Florida community? (“God Gets Local”, William Willimon, Pulpit Resource, December 25, 2005, p 62) Yes, the in-person aid offered a more lasting impact.

Its that type of in-person ministry a small number of you in our congregation offer nearly every year in our relationship with the people of Pine Ridge Reservation in South Dakota. You pack up yourselves and go visit. It may not seem like much to play with children, to have conversations with elders, and to sit with folks as you also deliver supplies. But in-person is really something. In spiritual language, we call that—the ministry of presence; when you show up and are truly present with someone. That ministry of presence happens on mission trips – but it also happens in the personal time we give to anyone around us right now. And it makes all the difference.

The Gift of God, In Person

The greatest of God’s gifts is what we keep celebrating this Christmas season—the gift of God himself in the birth of his only Son. This year, I believe we have an appreciation of that gift of personal presence like never before. Ask any of us, what we have missed most of all during these ever growing months of pandemic? We’d answer in unison—that what we miss the most is being together, up close and in person! Gatherings, hugs, snuggles, smiles, sharing community face to face.

Isn’t it something, then, that God has come to us in person? In Jesus.

And even when his life in the flesh ended, Jesus gave us his word that his love and life would live on in those of us who believe in him.

In this community, where we continue to read God’s word from scripture.

In this community, where we continue to break bread and share the wine of holy communion together even though we are apart.

In this community, where we continue to offer service to others.

In this community, where in gathering, even if it’s only 2 or 3 of us, or if it’s 100’s of us gathering even virtually, Jesus Christ gives us his word that he is present in our midst.

What a wonder! Thanks be to God! Amen.