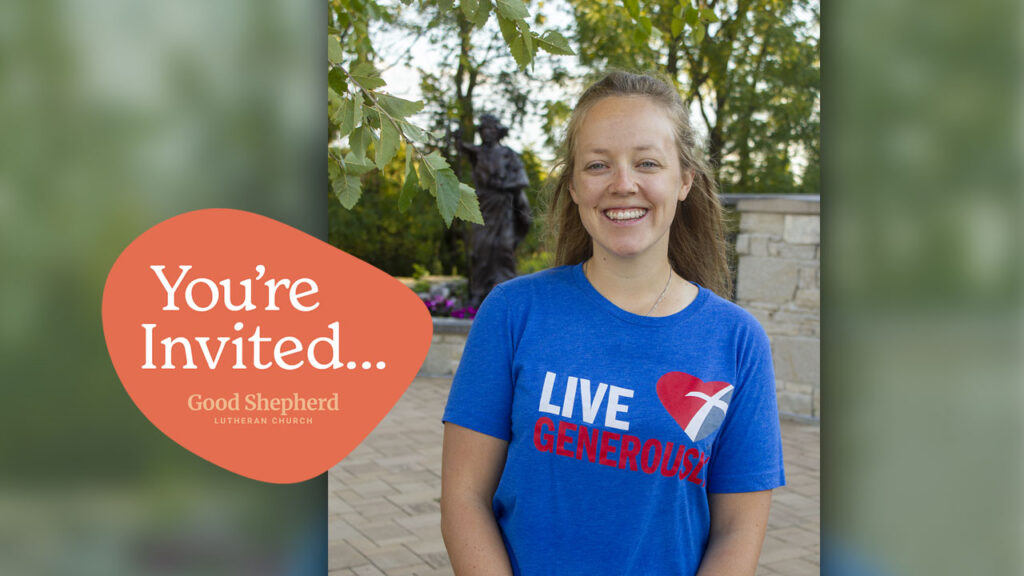 Nicci is a native Texan who also spent five summers working at a Lutheran camp in Colorado called Sky Ranch. She met a friend there who invited her to move to Madison after college. For Nicci, that meant finding a new church.

“I found out in college I like routine,” Nicci said. “Change is hard. Church is something that was consistent and reminds me of home. I found it helps me make the transition easier.”

She tried other churches but had problems connecting. So, because of her work history, she called some summer camps in Wisconsin asking for advice on where to join. She ended up calling Pine Lake Camp outside of Waupaca. They suggested looking at Good Shepherd.

Nicci went to a service in Madison and met two people: Becca Mortensen and Ronda Beggs. “Becca comes up and introduces herself, thinking I was someone else,” Nicci said. “But after talking with her, I realized she had worked at Pine Lake, and we connected.”

So, she joined Good Shepherd on Sunday, March 8. 2020. “I joined the Sunday before the pandemic,” Nicci said. “I went to the new member class and the Chili Cook Off, then the world shut down.”

Now, the pandemic could have broken the bonds Nicci was making with Good Shepherd. But a phone call kept that from happening. “I received a call during Holy Week checking in on me and the person that called was expressing their gratitude to me for joining the church,” Nicci said. For her, that made all the difference.

Since joining the church, she’s become an Amped volunteer, helps with High School Youth and is on the Generosity committee. She’s also impressed with the work Good Shepherd is doing out in the community. But she says the connections she’s made here has made all the difference.

“My advice for people looking for a church is to accept the invitation,” said Nicci. “I accepted Ronda’s invite to the Deep and Becca’s to be an Amped leader, and those two experiences lead to Good Shepherd feeling like my home.”