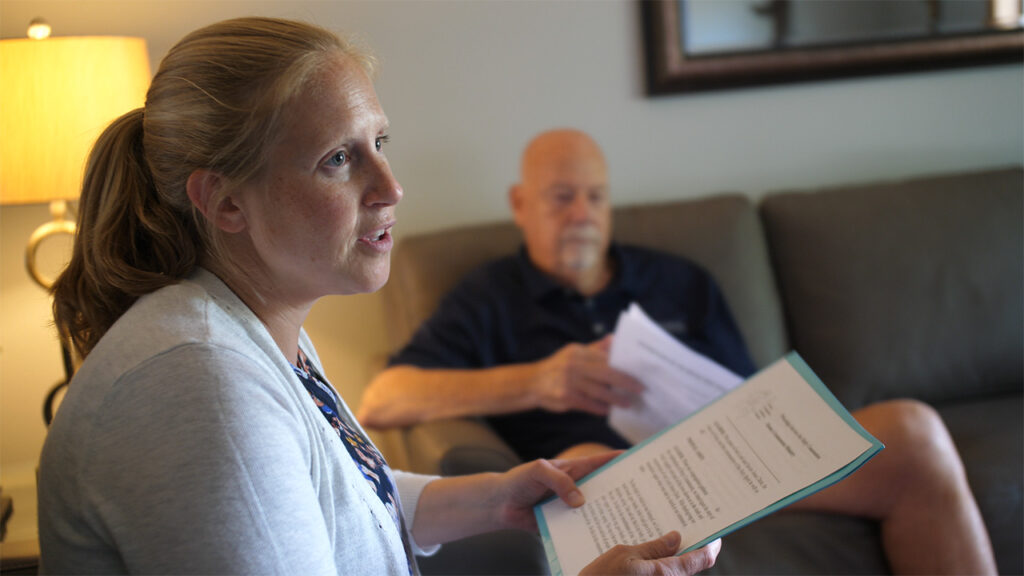 Each of us has a calling. Sometimes our calling feels obvious — other times not so much. Jessica McCarty is called to ministry and wants to help others determine their callings. Now, she is pursuing a Master of Arts in Diaconal Ministry from Wartburg Theological Seminary to be ordained as a Deacon in the ELCA. A Deacon’s role is relatively new to the Lutheran Church. McCarty’s story highlights who Deacons are and how we all can follow our callings.

McCarty has been a member of Good Shepherd since 2006. She was a UW-Madison graduate, and in 2015 she was working with the UW’s Admissions, Hospitality and Visitor Relations Office. One night, she was reading a former Good Shepherd Pastor’s resignation letter. Her two kids were asleep and the word discernment, or the ability to judge well, stood out to her. Suddenly, she found herself down an ELCA rabbit-hole, searching for pastor programs, workshops and college courses. She signed herself up for Wartburg’s email list and was ready to go all in. Then, she found out she was having twins, and her plans of heading back to school were put on hold.

2020 changed everything. McCarty started working at Good Shepherd. This fall, she became the Ministry Coordinator and decided to start classes with Wartburg. One may wonder what a Deacon’s role is in the Lutheran Church. Deacons are relatively new to Lutheran Churches. In 2017, the ELCA combined the three lay ministries of Deaconess, Associate in Ministry and Diaconal Minister into one.

“Deacons are the bridge between the world and the church,” McCarty said. “I think now more than ever there is a great need to strengthen or build that bridge in some places.”

Deacons also act as ministers of word and service. One aspect of this ministry especially stood out to McCarty.

“The service piece is what resonates most deeply with me,” McCarty said. “I’ve always been service-minded, interested in servant leadership and interested in how we can serve our neighbors.” 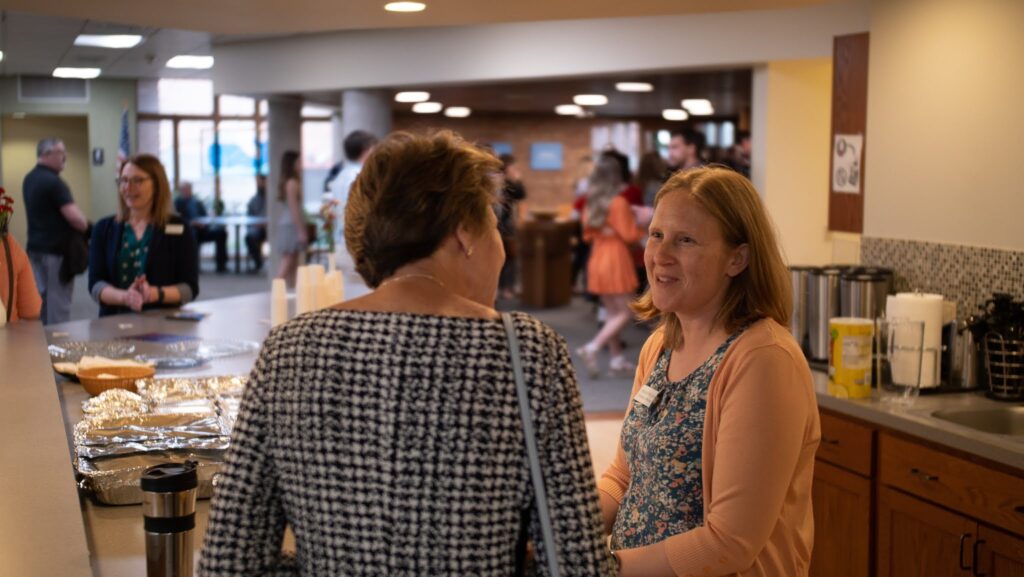 Service continues guiding McCarty’s work, even while she works at Good Shepherd, attends virtual classes full time and is the mom to four kids. McCarty admits, juggling everything is challenging at times. Yet, when she becomes stressed, she reminds herself of her call.

“It’s the knowledge I felt for many years,” McCarty said. “So there is a really good feeling, even amongst the overwhelm, that this is what I’m supposed to be doing.”

Helping Others Discern their Calling

McCarty is headed into finals week. This summer, she is hoping to complete her first chaplaincy internship. Next fall, she will begin her second year of coursework and look for another summer opportunity. Then she will receive her degree, wait for her call and then be ordained as a Deacon. Her call doesn’t have to be in a church either. McCarty could be called to a church, the Synod or a nonprofit — anywhere she can act as the bridge between the world and the church.

“I strongly believe my call as a Deacon is to equip the baptized to live out their baptismal calling in the world and in their vocations, whatever they’re doing,” McCarty said.

And McCarty challenges us to think about our callings and asks us how we live out our faiths.

“Even if we’re not working for the church, that’s fine. That’s most people, right?” McCarty said. “What are we doing to live out our Christian faith out there? Beyond the walls?”

God has called each of us. McCarty has found her calling and is actively pursuing it. But, for those of us who don’t feel like we know what our calling is, that is okay too. Because people like McCarty, ministers of word and service, can help us find our calling.

View all posts by Emma Conway →