God’s people have sung hymns in honor of the Almighty since the time of Moses and before (Exodus 15:1). David sang the “new song” God gave him and taught others to sing “a hymn of praise to our God” (Psalm 40:3). Jesus and his disciples sang a hymn together at the Last Supper (Mark 14:26). The early church sang hymns as part of their regular gatherings (1 Corinthians 14:26). Paul and Silas, with their feet in stocks in a Philippian jail, were “praying and singing hymns to God” (Acts 16:25).

Hymns are central to our faith. Today’s Music Monday highlights two well-known hymns and one relatively new and unknown gem. The first, “Praise to the Lord the Almighty,” was originally written in German (“Lobe den Herren…”) by Joachim Neander in 1680 and was introduced to the English-speaking world by hymn translator, Catherine Winkworth, in the 19th century. “Jesus Loves Me” is one of the most popular Christian hymns around the world, especially among children. It was first written by Anna Warner as a poem requested by her sister for a dying child meant to bring comfort and peace. The final less-familiar piece, “Golden Breaks the Dawn,” is based off a Chinese Folk Tune and was published in 1977. Organist and composer, Michael Bedford, sets this hymn in six variations using a compositional technique called “word painting” where the music reflects the literal meaning of the song’s lyrics. Listen for breeze blowing, birds chirping, streams flowing, and creatures frolicking.

“All Creation Praises God for the New Day”

To Print: Click the “pop out”  button and select print in the new window. 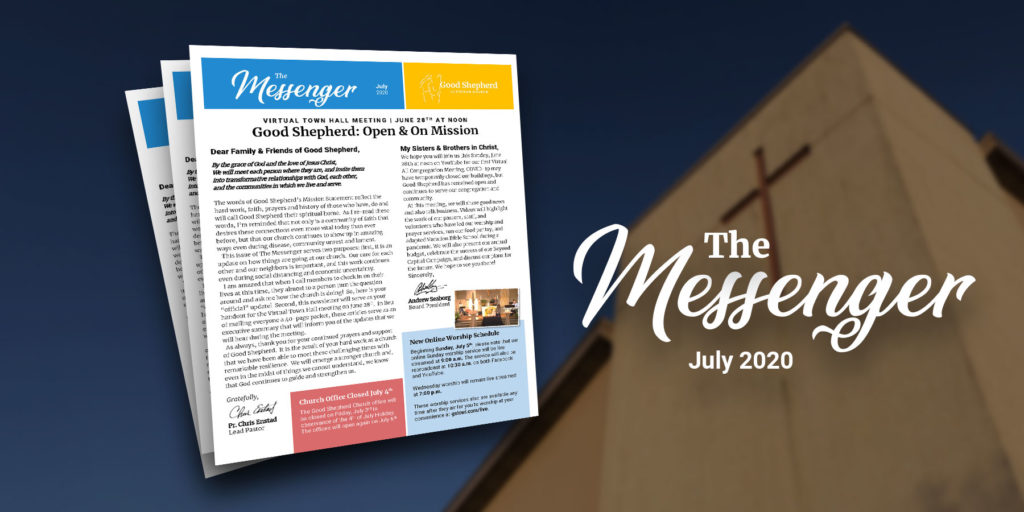 Get the latest edition of The Messenger The July 2020 issue of Good Shepherd’s monthly newsletter “The Messenger” is now available to read online. Print copies have also been mailed… 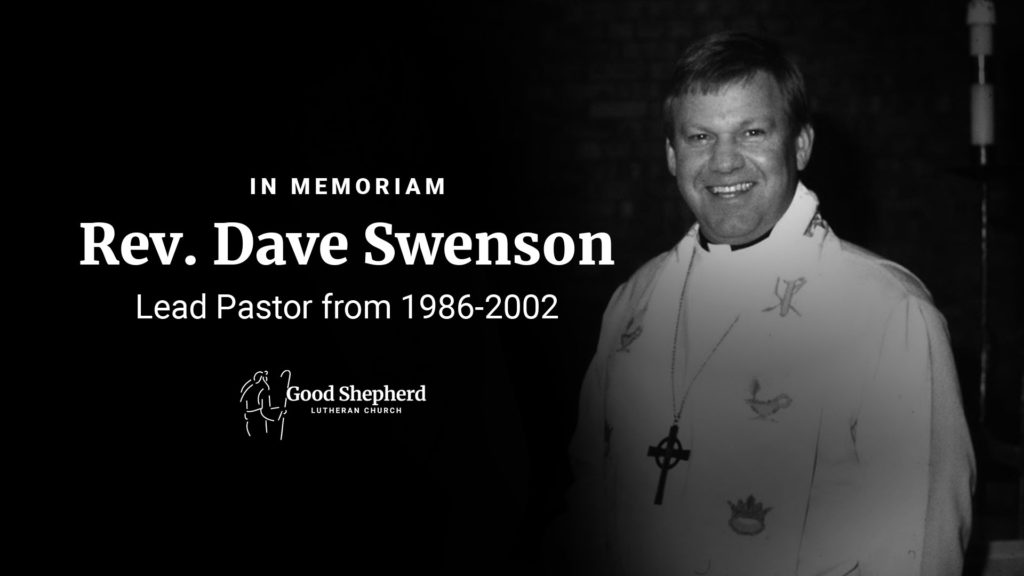 In Memoriam Today we share the sad news that a former Lead Pastor of Good Shepherd, Pastor Dave Swenson, has died of cardiac arrest.  Pastor Dave had been at his…

To Print: Click the “pop out”  button and select print in the new window.